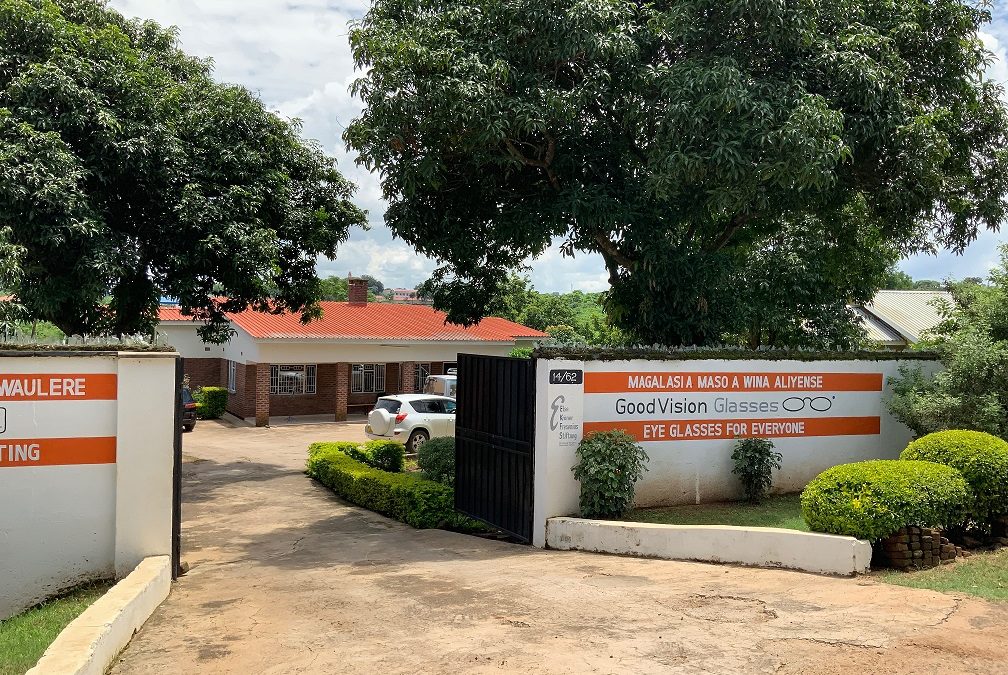 GoodVisionGlasses has moved its headquarters from Zomba to Lilongwe. The new headquarters are located in Area 14, plot 62, a stone´s throw away from Parliament and Capital Hill as well as offices of renowned national and international organisations.

In an exclusive office opening attended by representatives of governments and NGOs, speeches were given by the German Ambassador His Excellency  Jürgen Borsch and the Chief of Health Services of the Ministry of Health and Population Dr. Charles Mwansambo. They congratulated GoodVisionGlasses on the move of headquarters to Lilongwe, positively commented on the organisation’s social business model and stressed the need for primary eye health services and affordable eyeglasses in Malawi.

When GoodVisionGlasses first began operating in Malawi in 2014, headquarters were opened in Zomba and priority given to serve the South of Malawi. Ganizani Malata, Country Director of GoodVisionGlasses: “Four years after setting up operations in Malawi, it seemed time to move to the capital of the country where we are closer to political players and potential partner organisations.“

He continues: „We have reached a basic level of market penetration in the South of Malawi, by setting up stores and points of sale in strategic locations and a system for outreaches. We will continue to further expand and intensify our service offer in the South of Malawi through a dedicated regional office and team based in Blantyre. At the same time, our new headquarters in Lilongwe will serve as a hub for our operations in Central and Northern Malawi.“

The new regional office in Blantyre is located in Namiwawa, 16 Phambala Road. The Zomba office location has been closed permanently whereby the store close to the bus terminal remains open. The headquarters in Lilongwe offer also a point of sale where eyes can be tested for free and eyeglasses purchased.

GoodVisionGlasses has by now 4 own stores, 2 store-in-store locations and conducts on average 15 outreaches per month in the South of Malawi. The organisation plans to set up a similar structure for Central Malawi in the short to medium term and for North Malawi in the medium to long term.